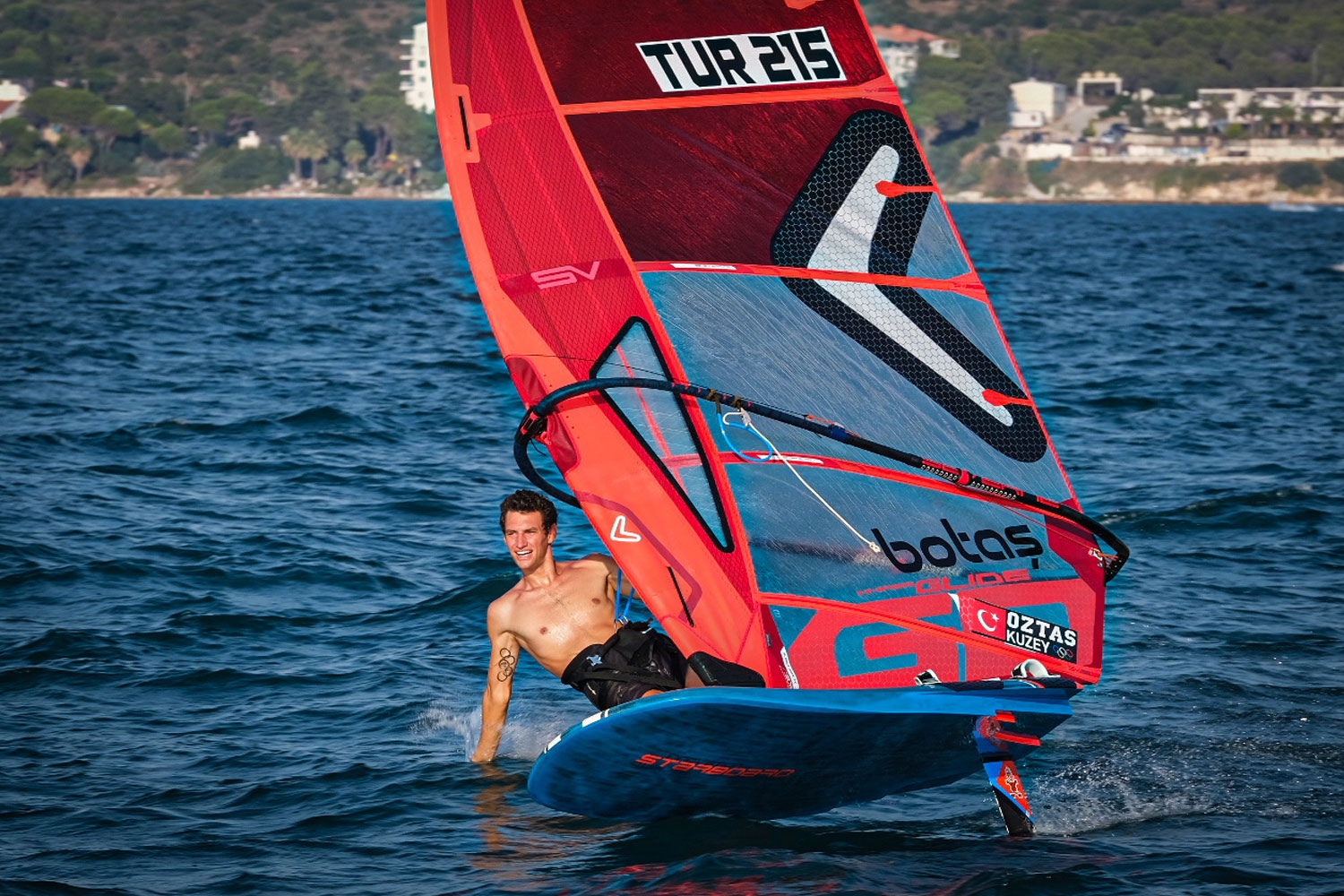 Onur Cavit Biriz from Izmir, the owner of many cups and medals in Turkey, who started windsurfing as a hobby at the age of 9, proved his talent in a short time and worked his way up to the Turkish National Team, has reached his 'Olympics' goal. Biriz, who managed to get a quota for the 'Olympic Games' to be held in Tokyo, the capital of Japan this summer, will represent our country and compete for the medal. Biriz, a student of Department of Business Administration, Izmir University of Economics (IUE), said, “When I was in elementary school, while we were driving around Alaçatı with my family, I saw the windsurfers and started crying about wanting to be a surfer, too. When I insisted on this issue, my family supported me to start surfing at a young age. My surfing passion led me to the Olympics. I'm happy and excited to compete on behalf of my country.”

Cavit Biriz (23), who has been interested in water sports since his childhood and is a sea lover, quickly took steps towards success in surfing, which he started at a young age. Biriz, who first started taking lessons from private coaches, improved himself further and entered the Galatasaray Sports Club.

IT WAS MY BIGGEST DREAM

Biriz, who trains 6 hours a day and strictly follows the training and meal program customized for him, was elected to the National Team at the age of 14. Continuing his success after becoming a national athlete, Biriz won the first place in the youth category in 2015 and 2016, and then in the general category for three years in a row in Turkey. Having caught a hard-to-reach series, collecting medals and cups one by one, Biriz was also able to participate in the Olympics, which he called "my biggest dream”. Biriz, who will compete in the world arena in RS:X windsurfing, continues to study in the second grade at IUE, by carrying his success in sports to education life.

I WORKED HARD, NEVER GAVE UP

Stating that he has been windsurfing for 14 years and that he has reached a very important stage by earning the right to participate in the Olympics, Biriz said he would not disappoint anyone, and he would do his best. Biriz said, “I remember very clearly the day I was elected to the National Team. In those years, I used to dream if I could attend the Olympics one day. I used to watch Olympic competitions and think about what to do when I was there. Now I am going to the Olympics. I put a lot of effort into surfing. Sometimes I was exhausted, and I had a hard time running school and sports together. But I never gave up. I finally made it. I am currently in Istanbul; I continue my training every day. I work at least 5 hours a day. I feel so fit and ready.”

IT ALL FLASHES RIGHT BEFORE MY EYES

Biriz continued as follows: “After getting the Olympic quota, I felt a completely different, indescribable excitement. I am happy, I am proud, but I am aware that I must do my best at the Olympics than I have done so far. I have competed on behalf of our country many times before, but what I feel now is completely different. I want to represent our country in Japan in the best way possible. There is about 2 months until the Olympics. After completing my last preparations, I will head out to Tokyo. At the age of 9, while driving in Izmir, Alaçatı with my family, I looked at the surfers through the window and cried "I will be a surfer". I was young, but I made up my mind. My family accepted my insistence on this subject and started to have me take lessons from coaches. My adventure, which started like this, extended to Tokyo. This adventure of mine flashes right before my eyes. Now is the time to achieve new accomplishments. I would like to thank my family, friends and academics for their support.” 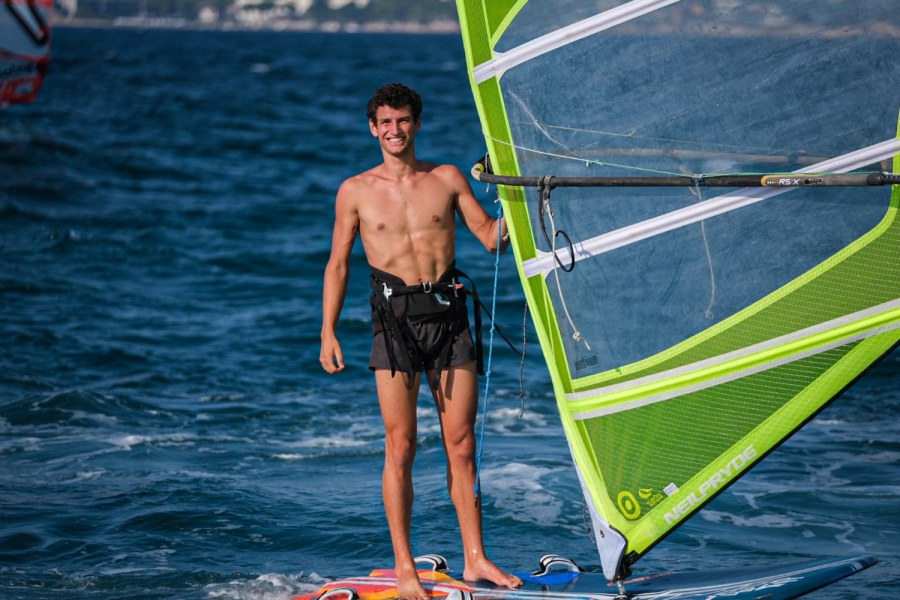 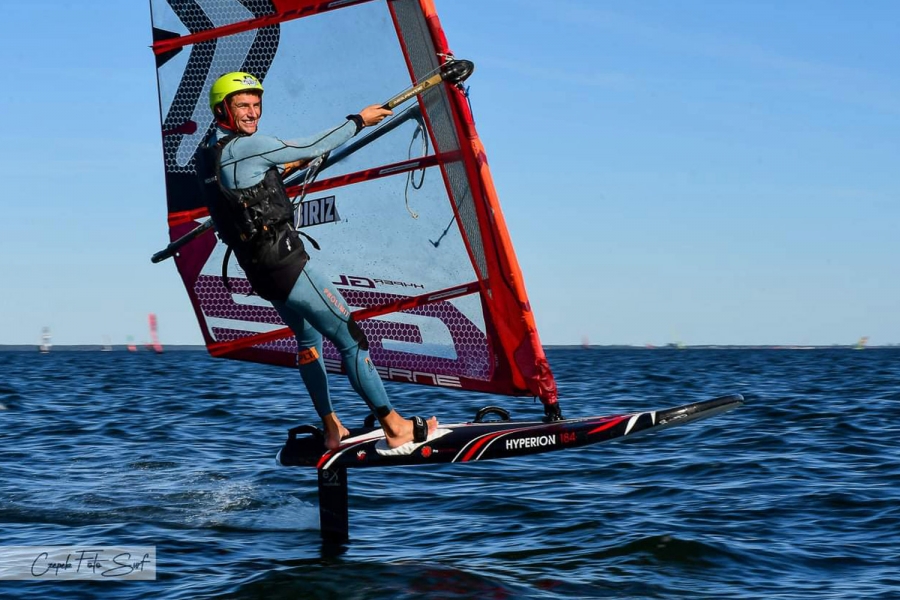 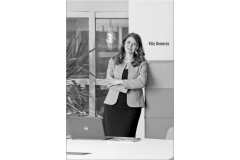 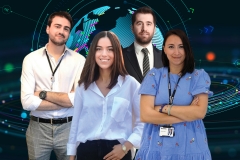 Transfer to the ‘Big Four’

4 young people who graduated from Faculty of Business, Izmir University of Economics (IUE) quickly climbed the ladder of success and transferred 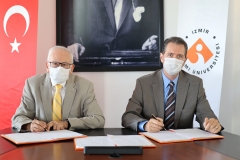 Exemplary cooperation from IUE and PwC to support education

The agreement made with PwC firm will provide priority internship and job opportunities to the students of IUE Accounting and Auditing Program. 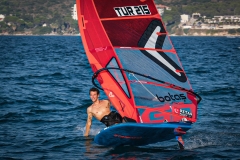 Onur Cavit Biriz from Izmir, the owner of many cups and medals in Turkey, who started windsurfing as a hobby at the 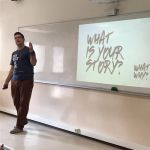 BA201 - Principles of Marketing class hosted social entrepreneur Philip Harding, the founder of Impact Junkie. Impact Junkie is one of the most